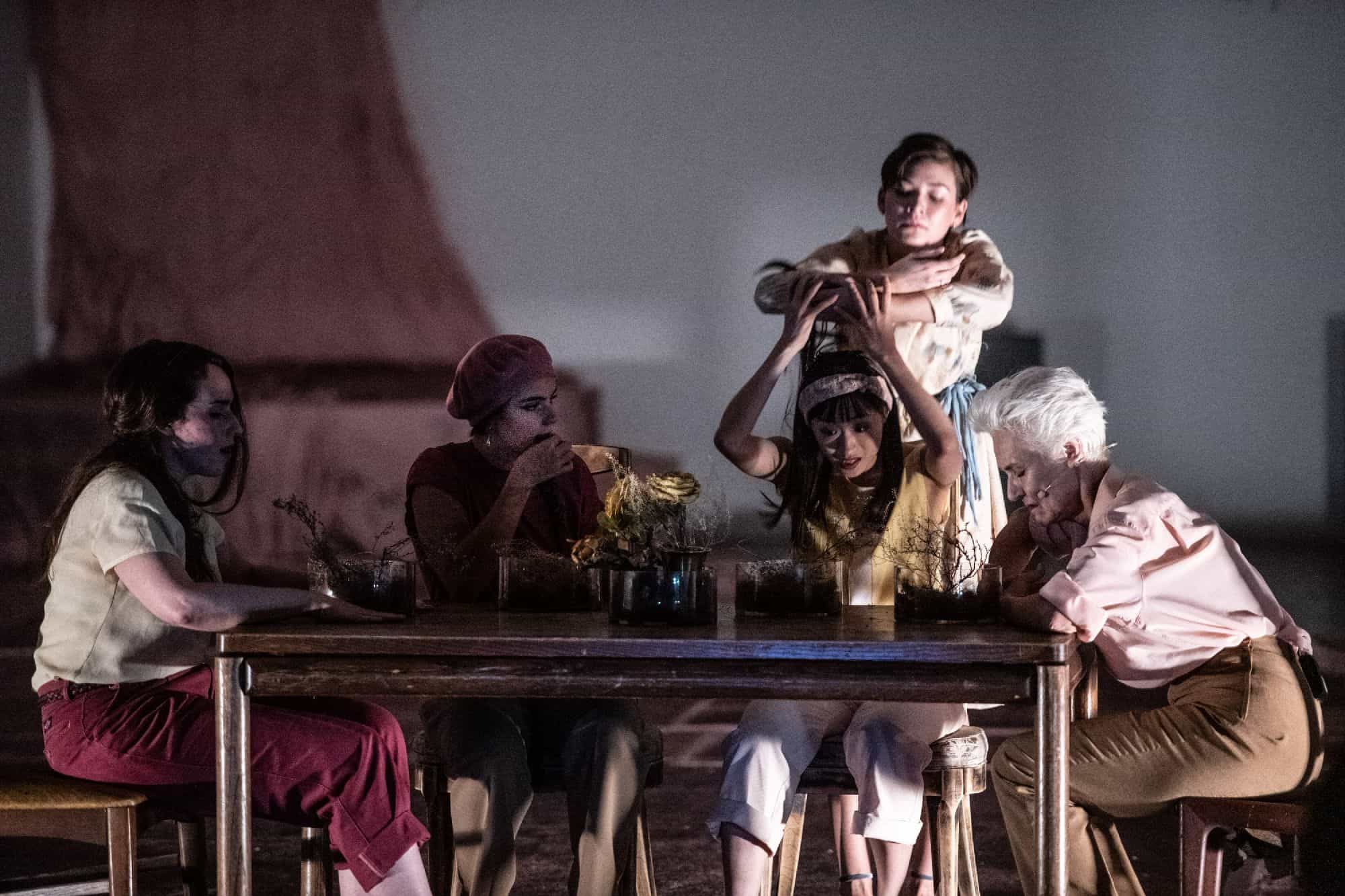 Two Road is a chamber opera for mezzo-soprano, physical actor, choir & dance ensemble, electronic, piano, percussions and movable set. Although framed as an opera due to his musical nature, this performance embraces the set, the choreography, and the light and sound design, as part of the dramaturgy elements that are written in the “libretto” following a parallel creative process.

Concept, music, and dramaturgy by

Scene direction and choreography by

Set and costume design by 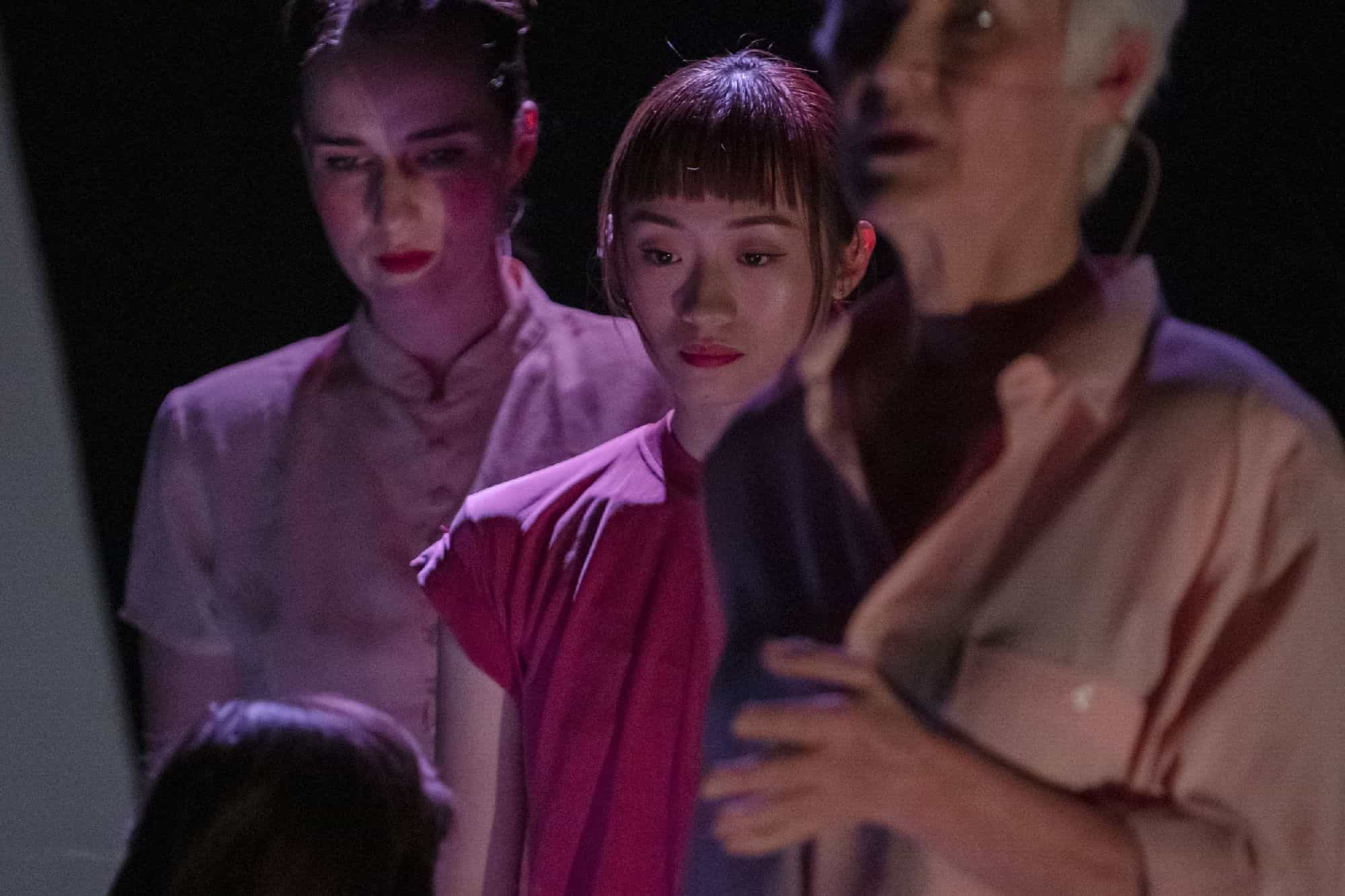 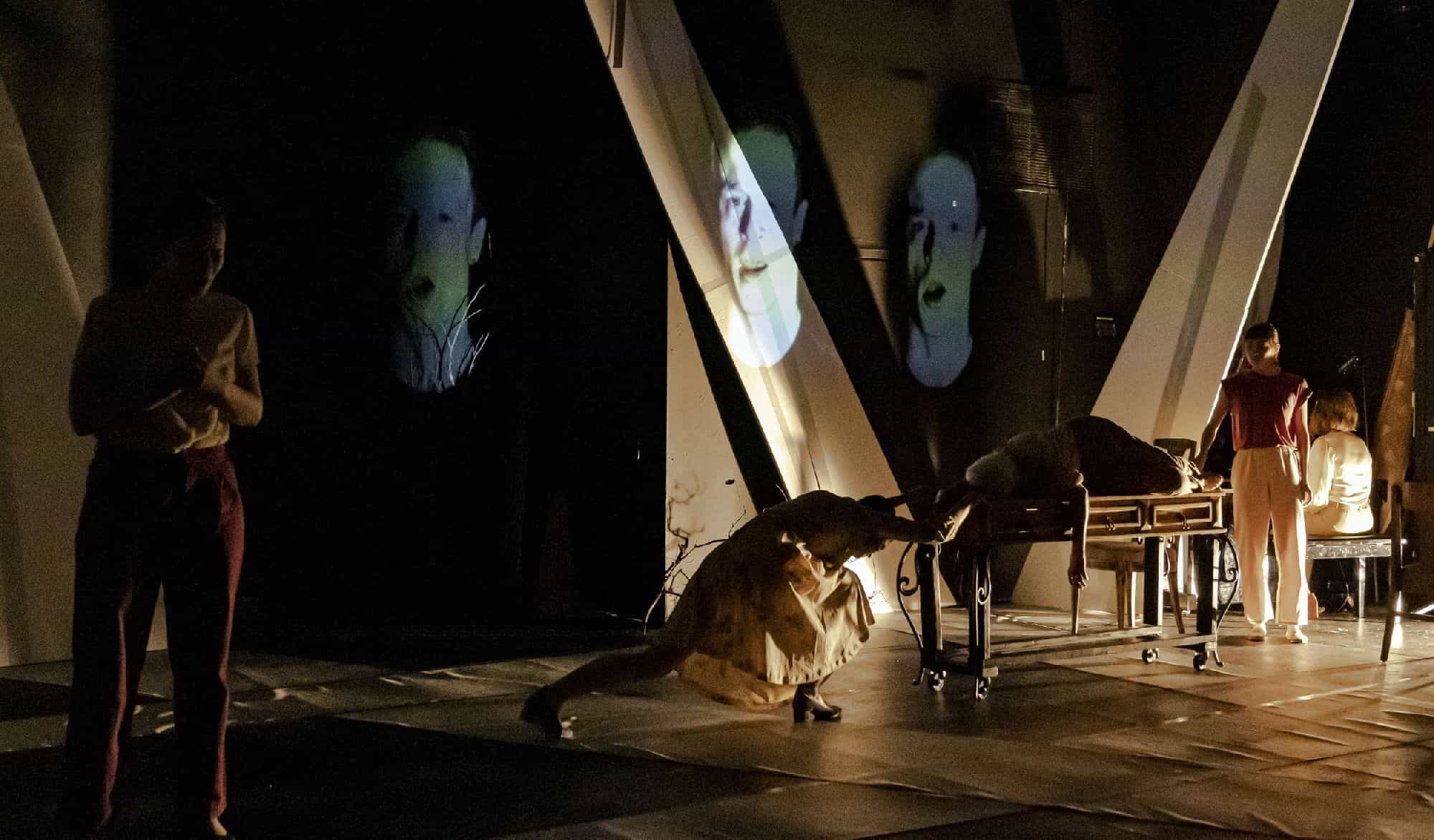 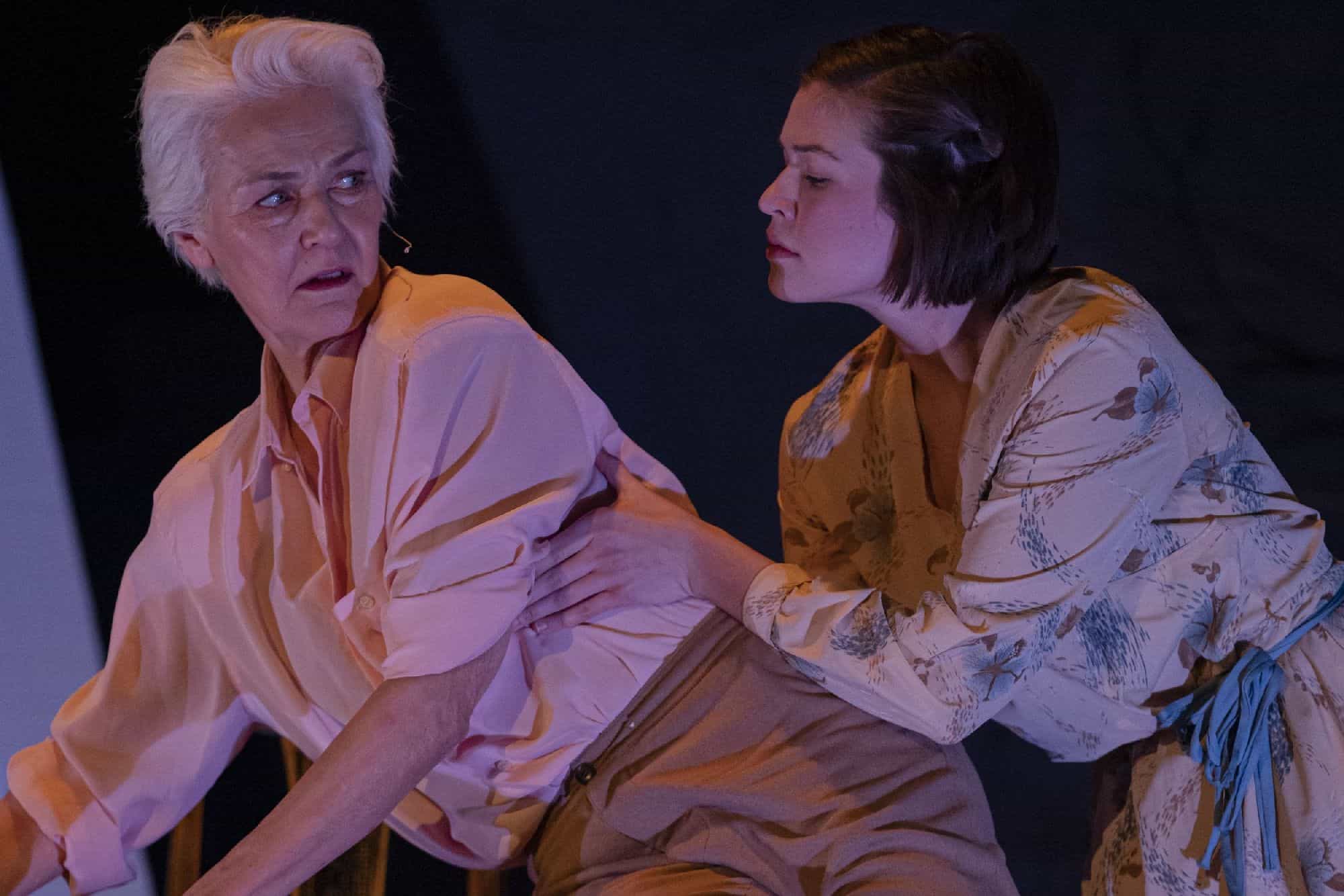 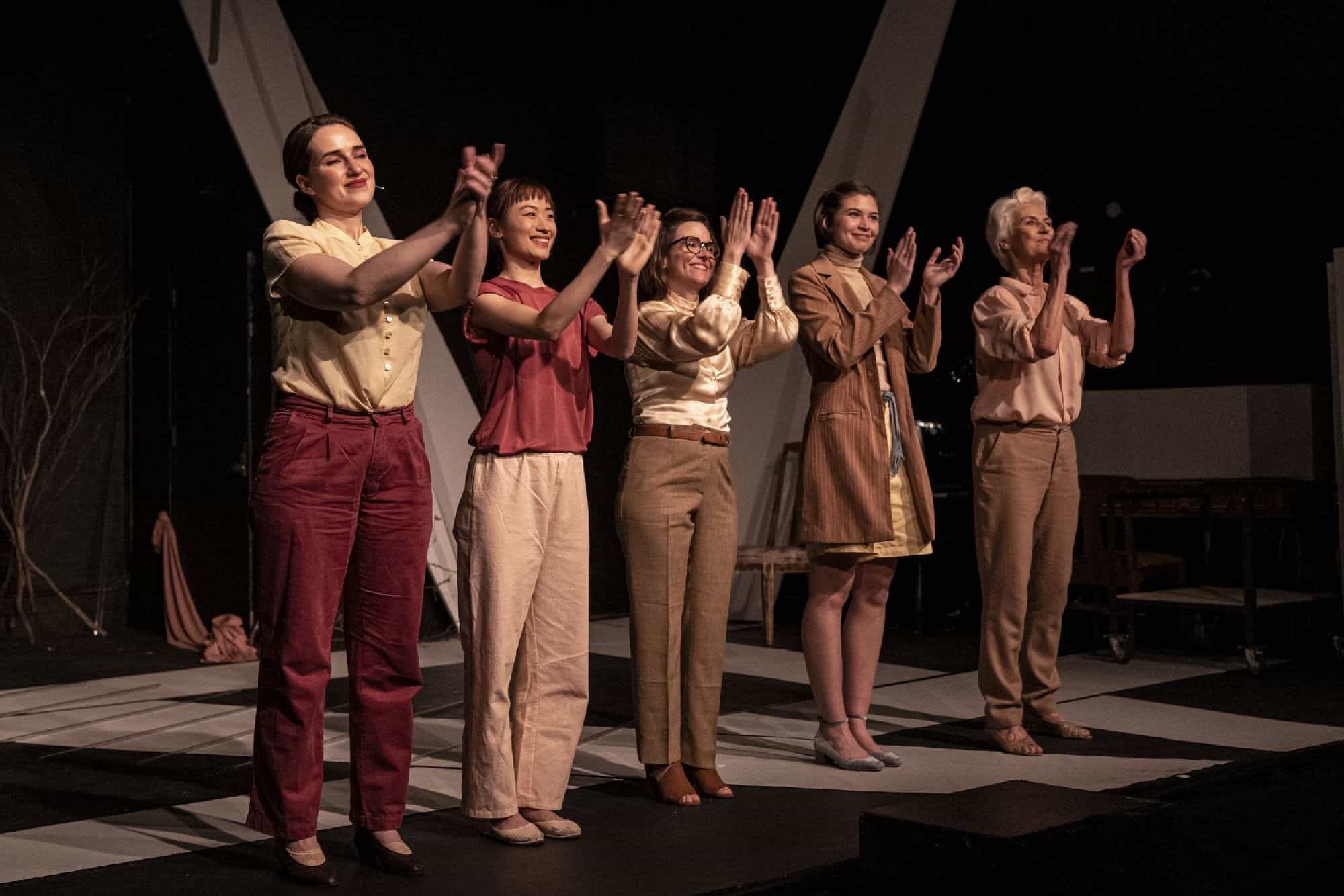 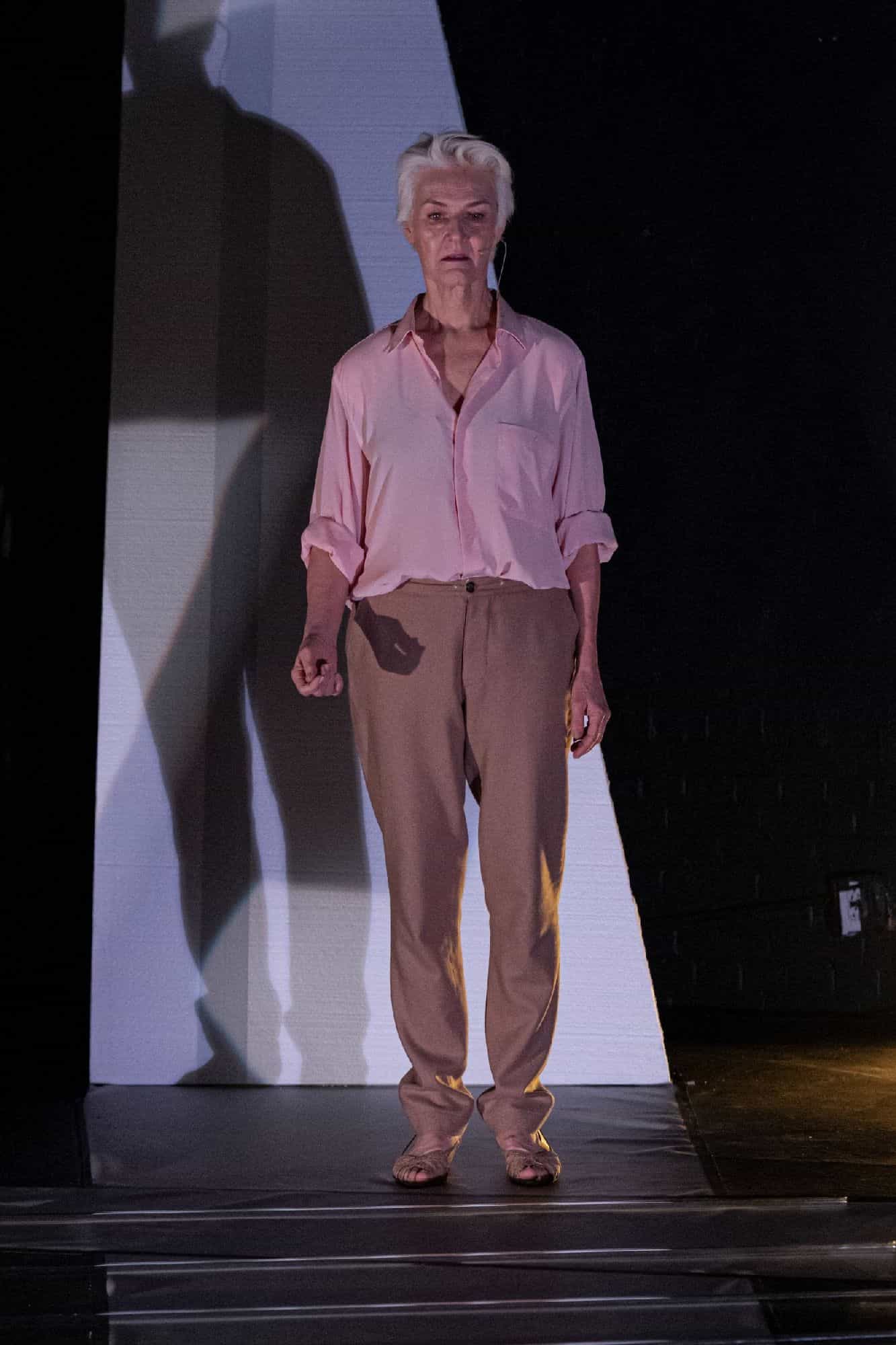 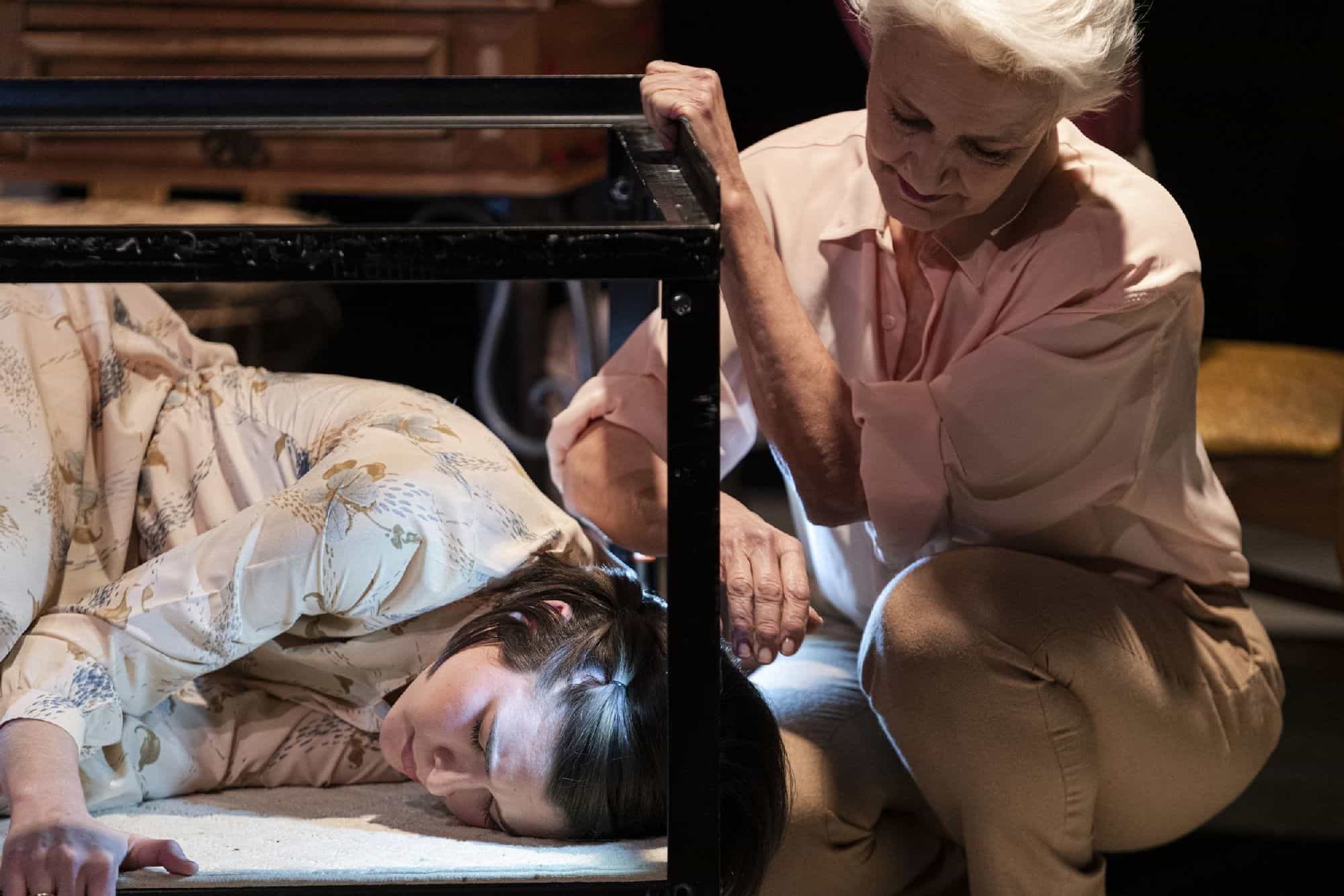 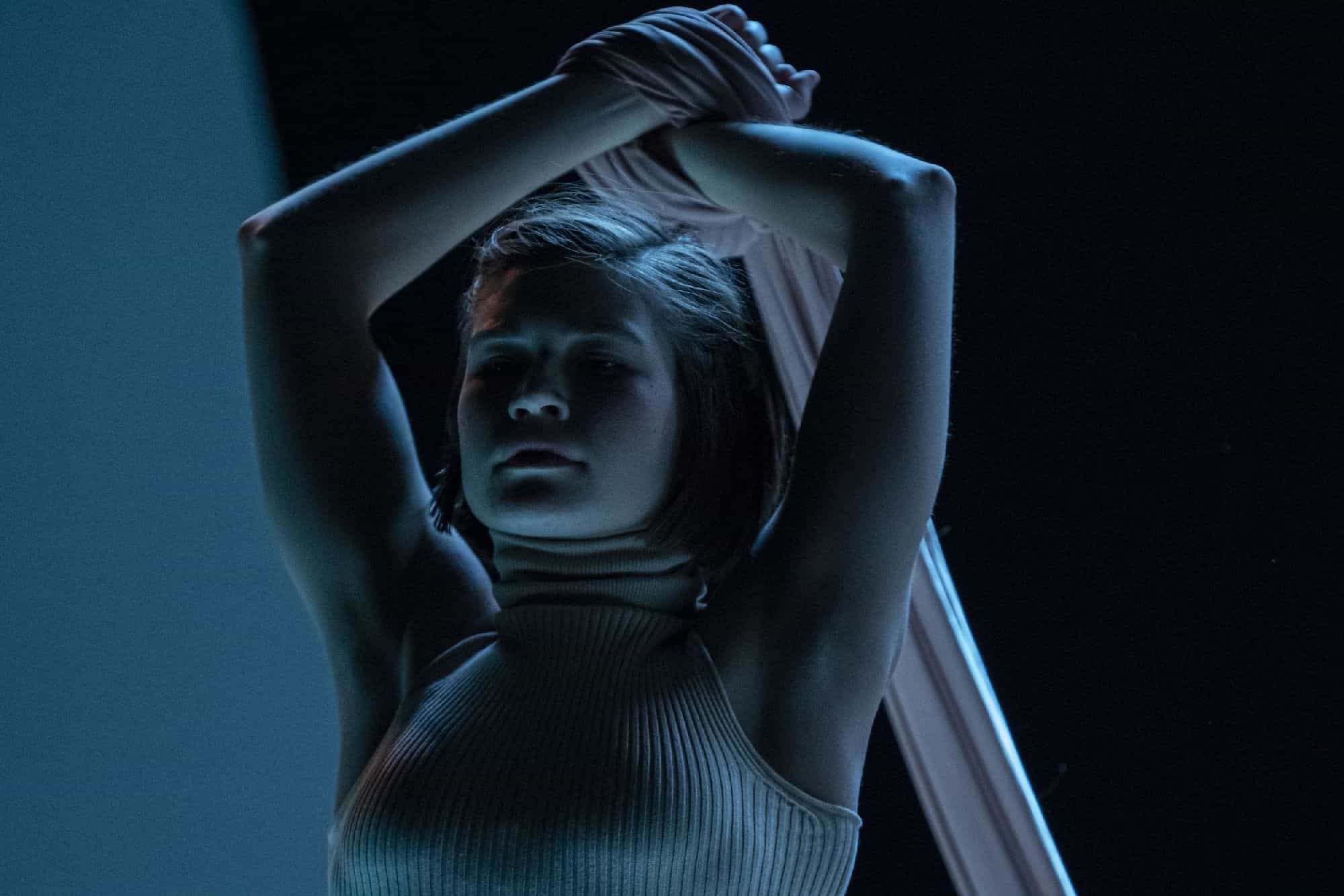 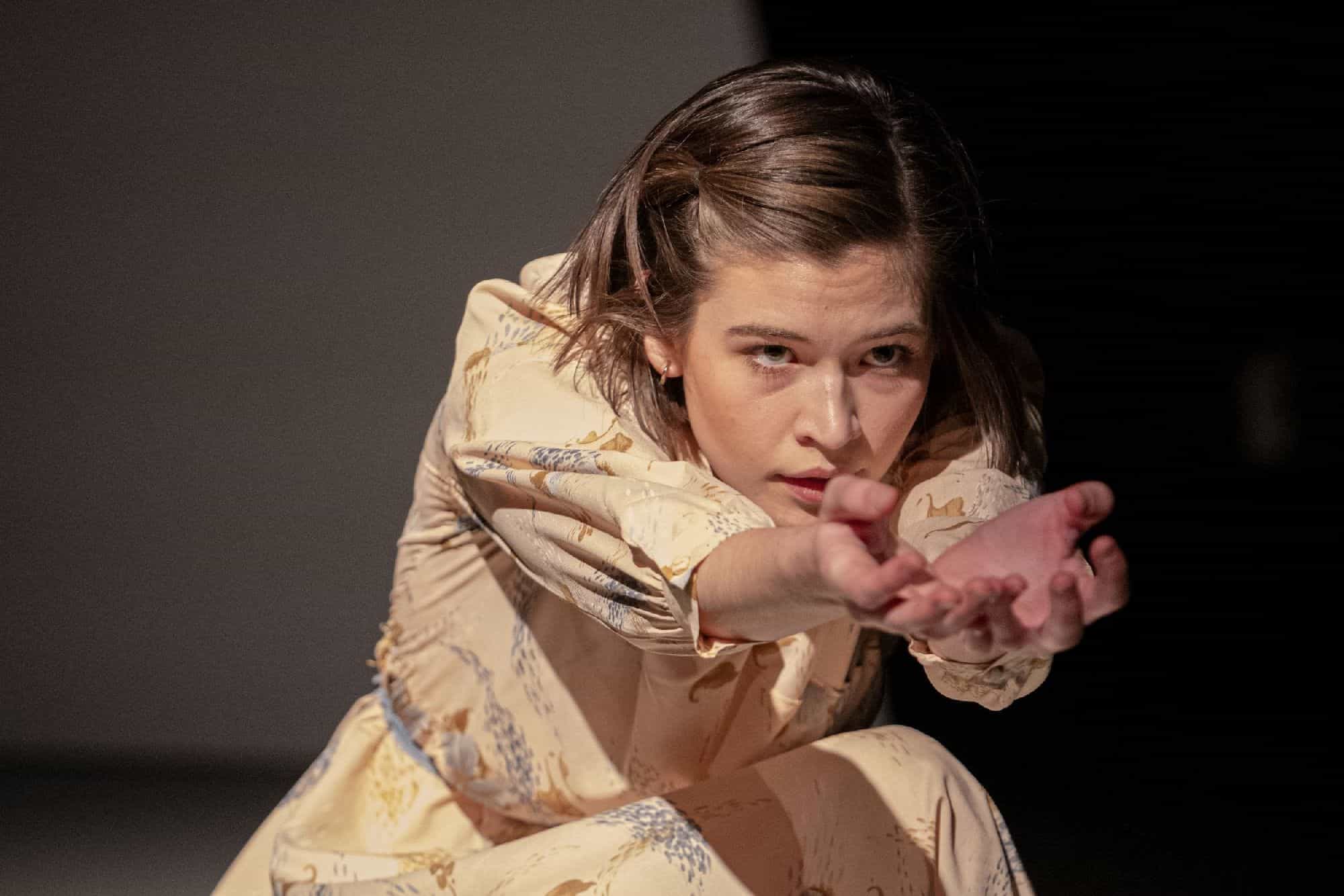 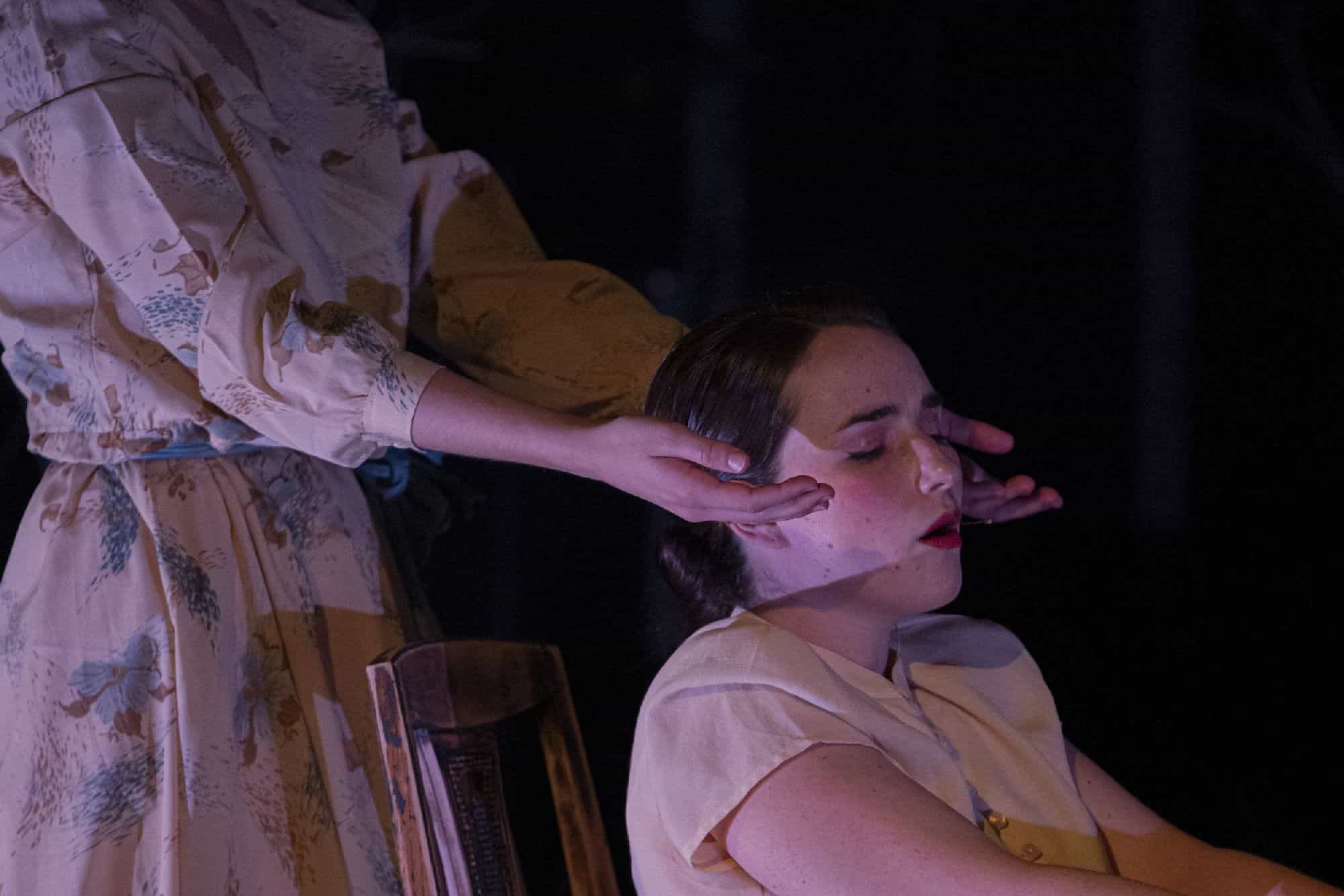 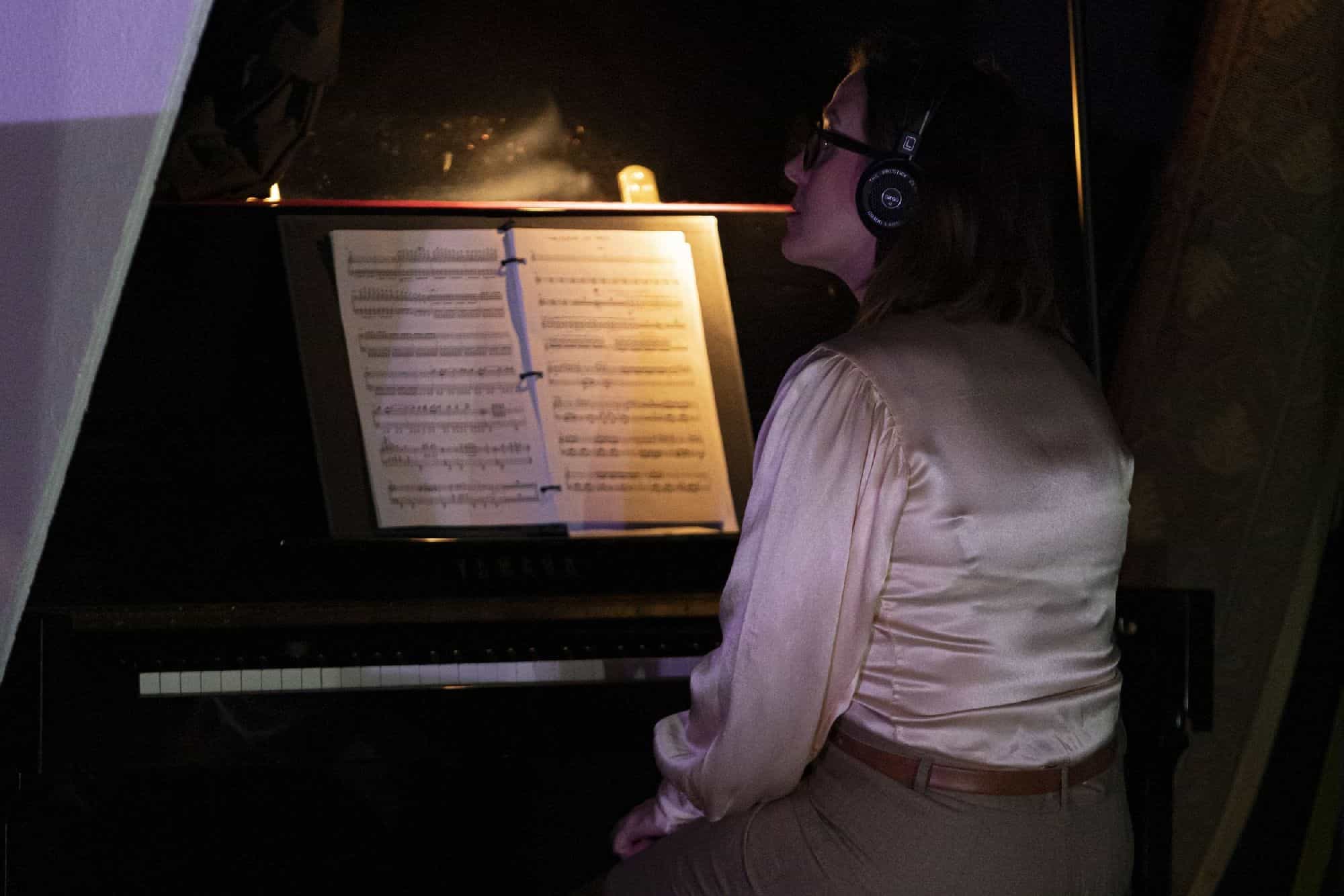 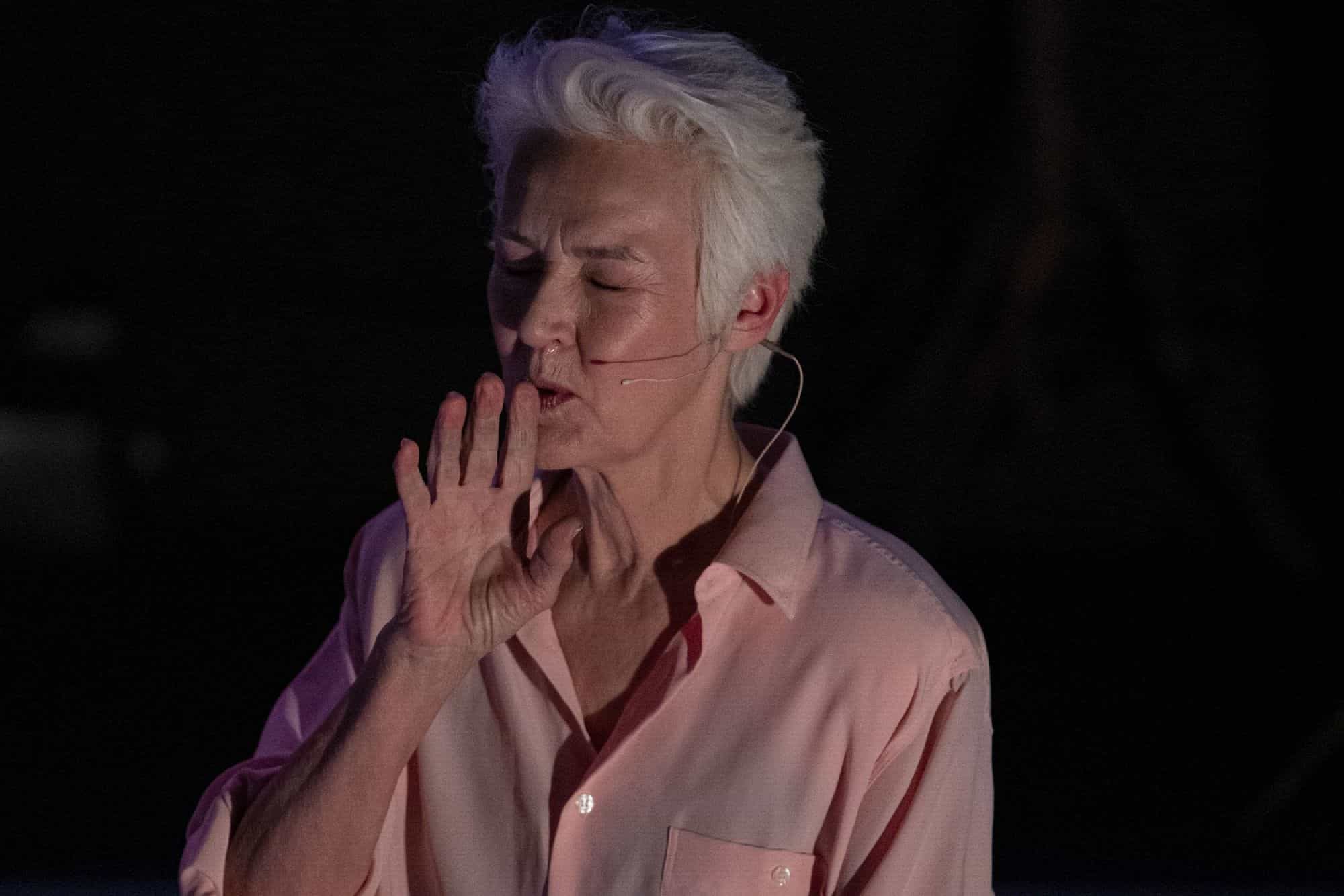 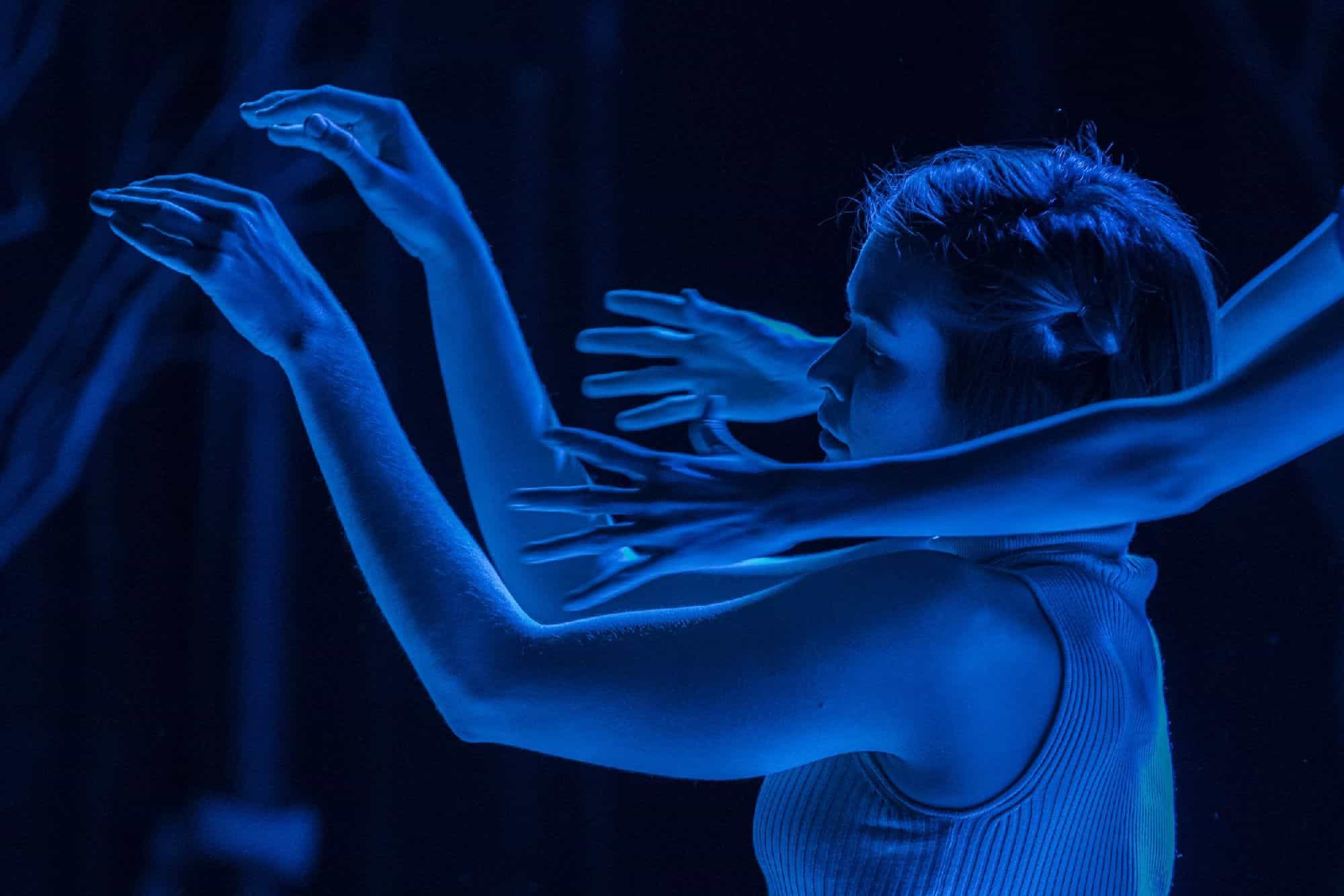 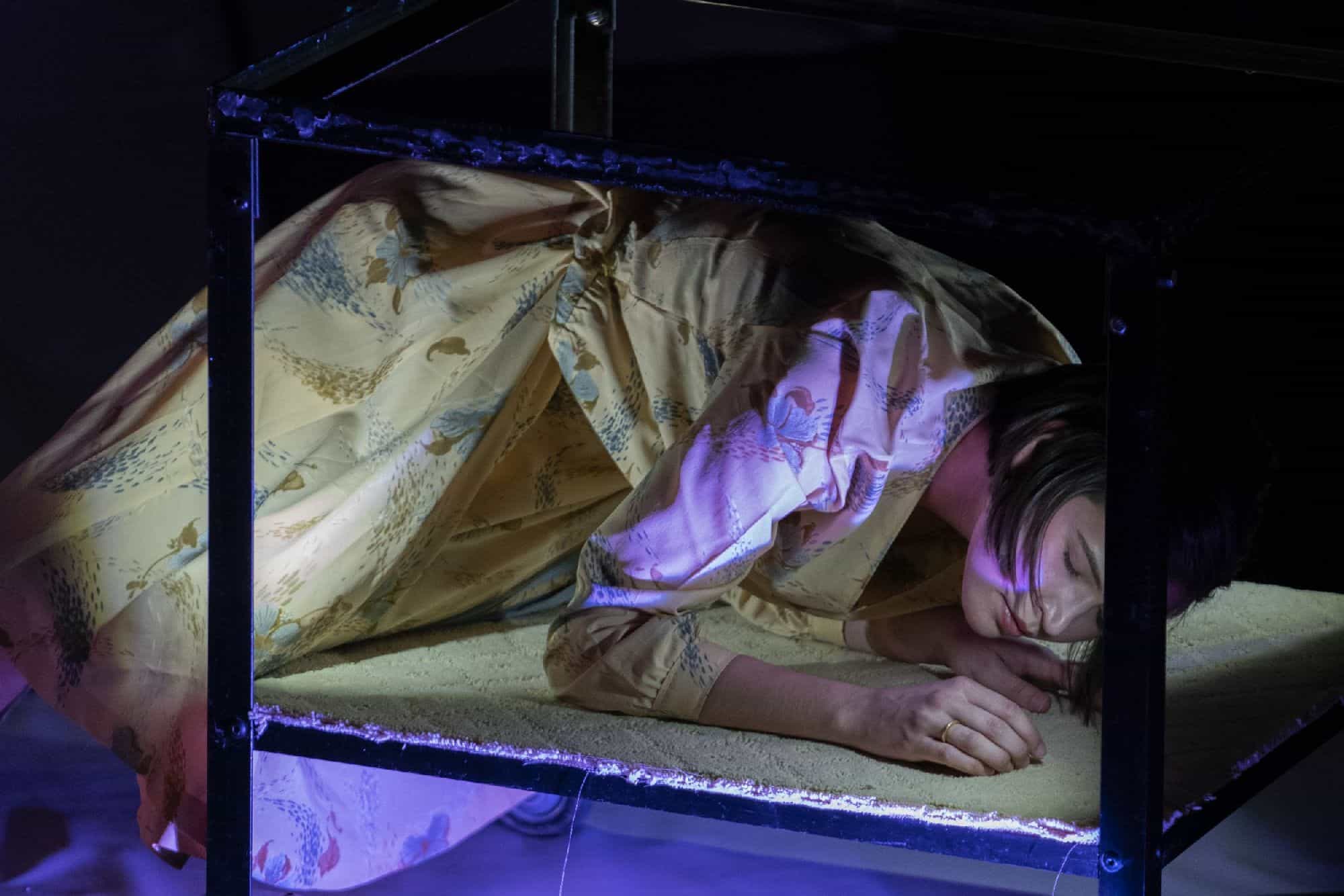 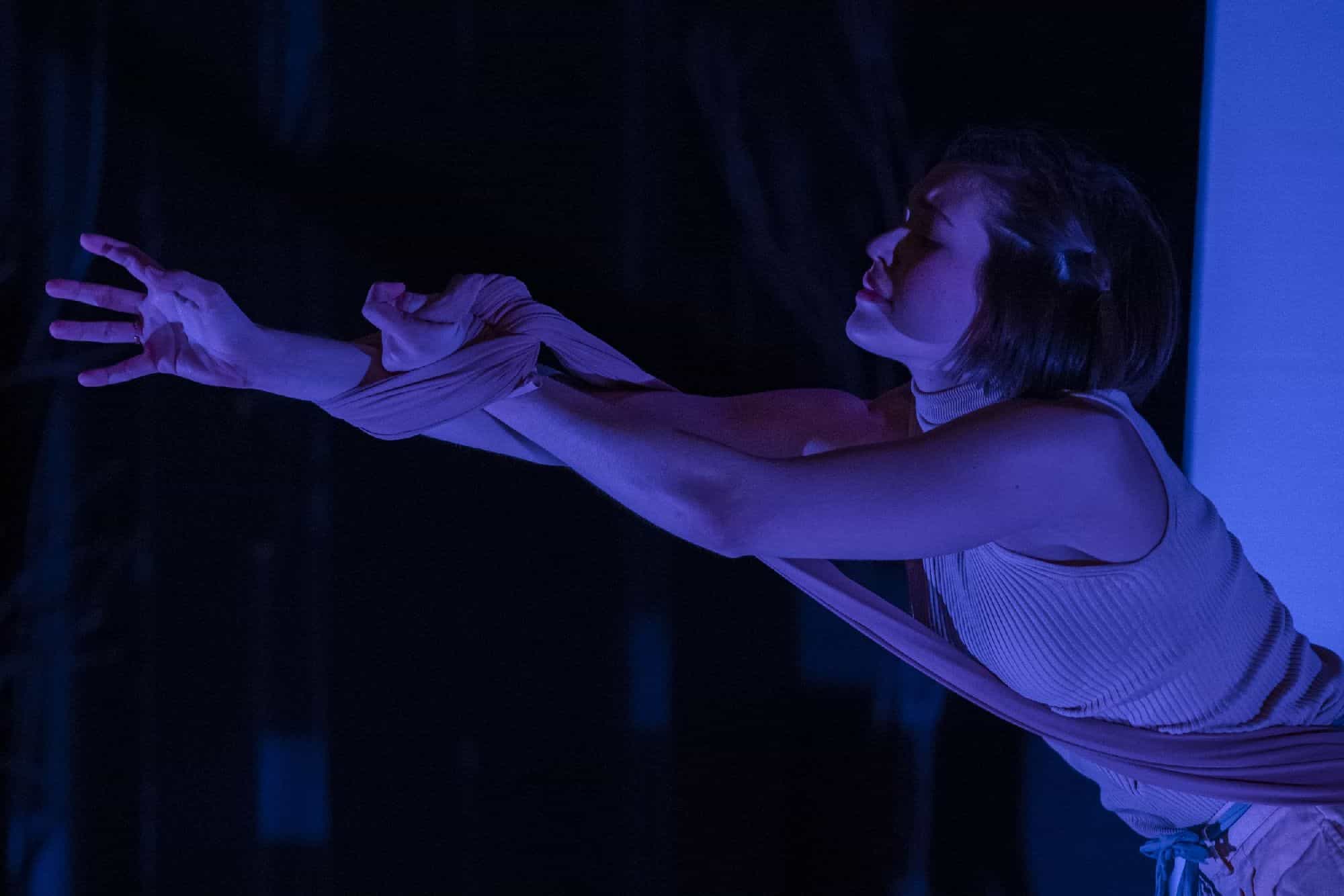 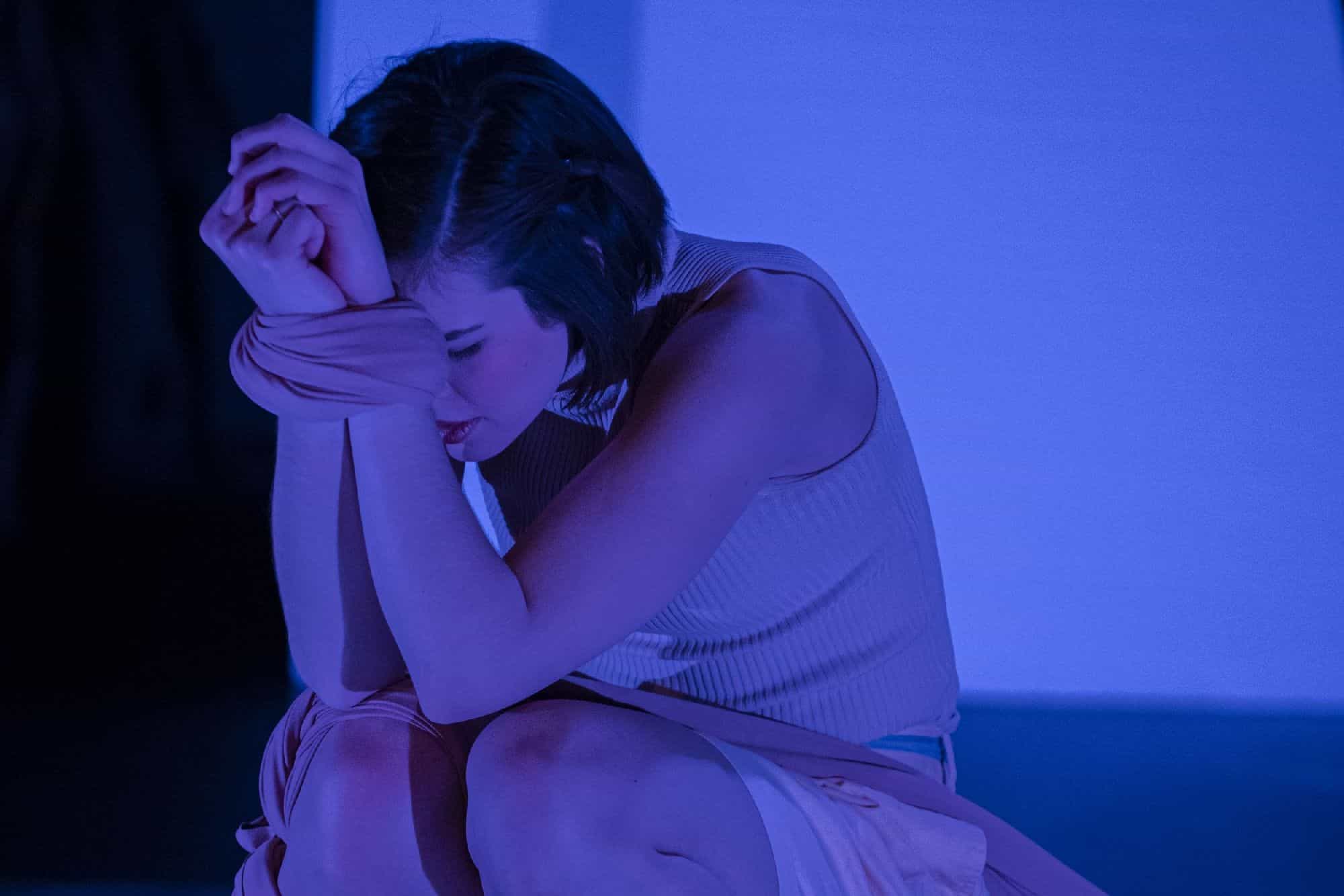 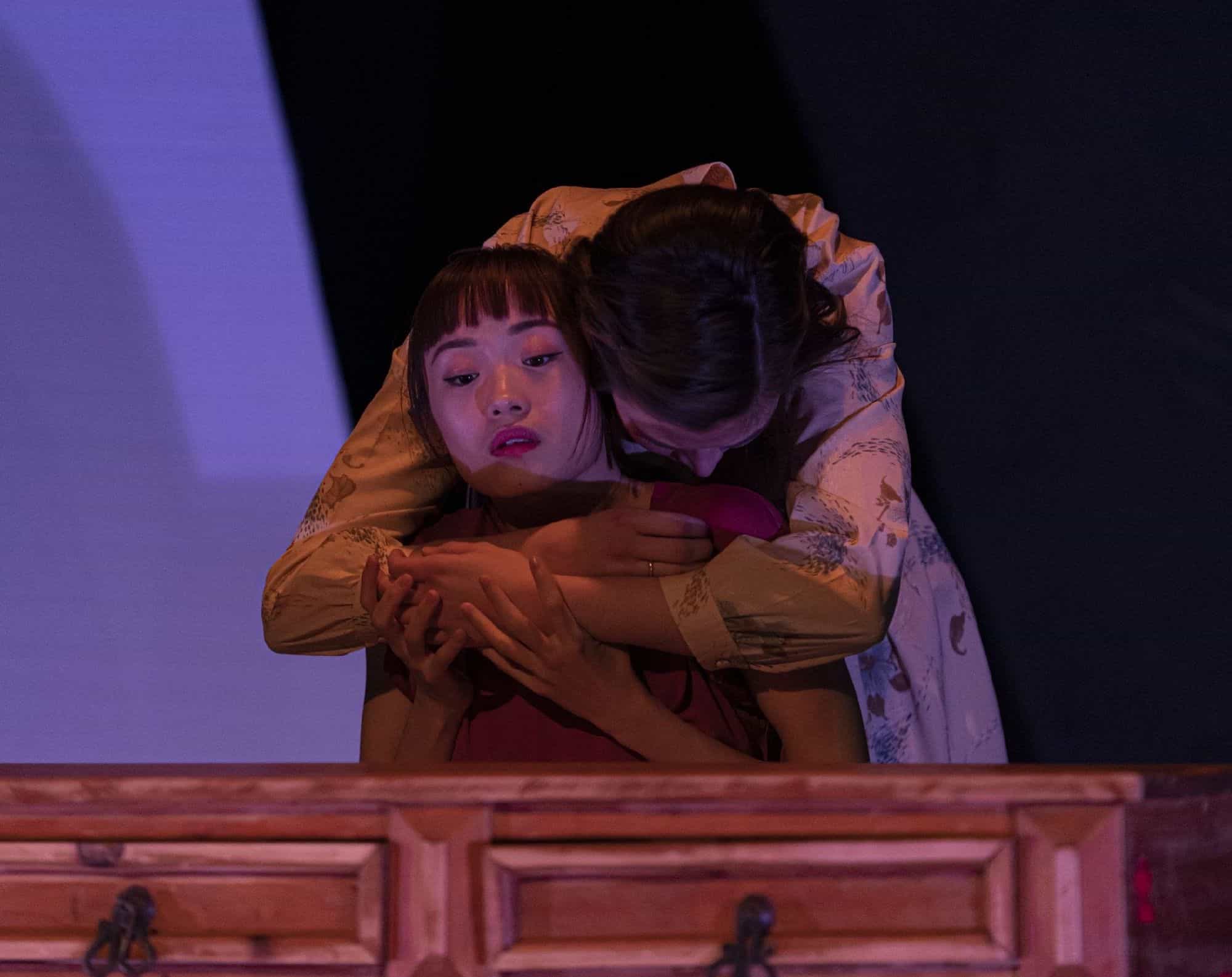 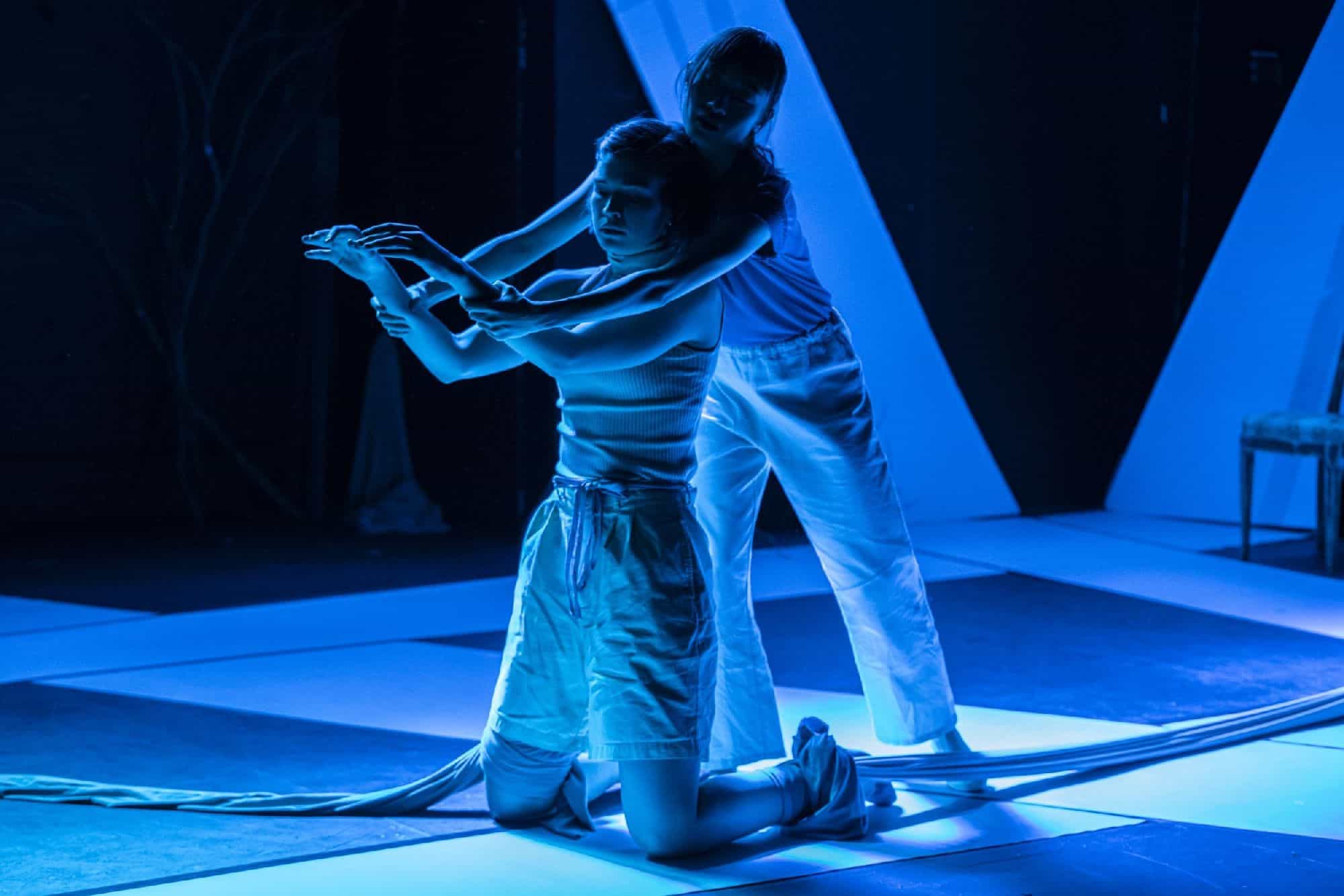 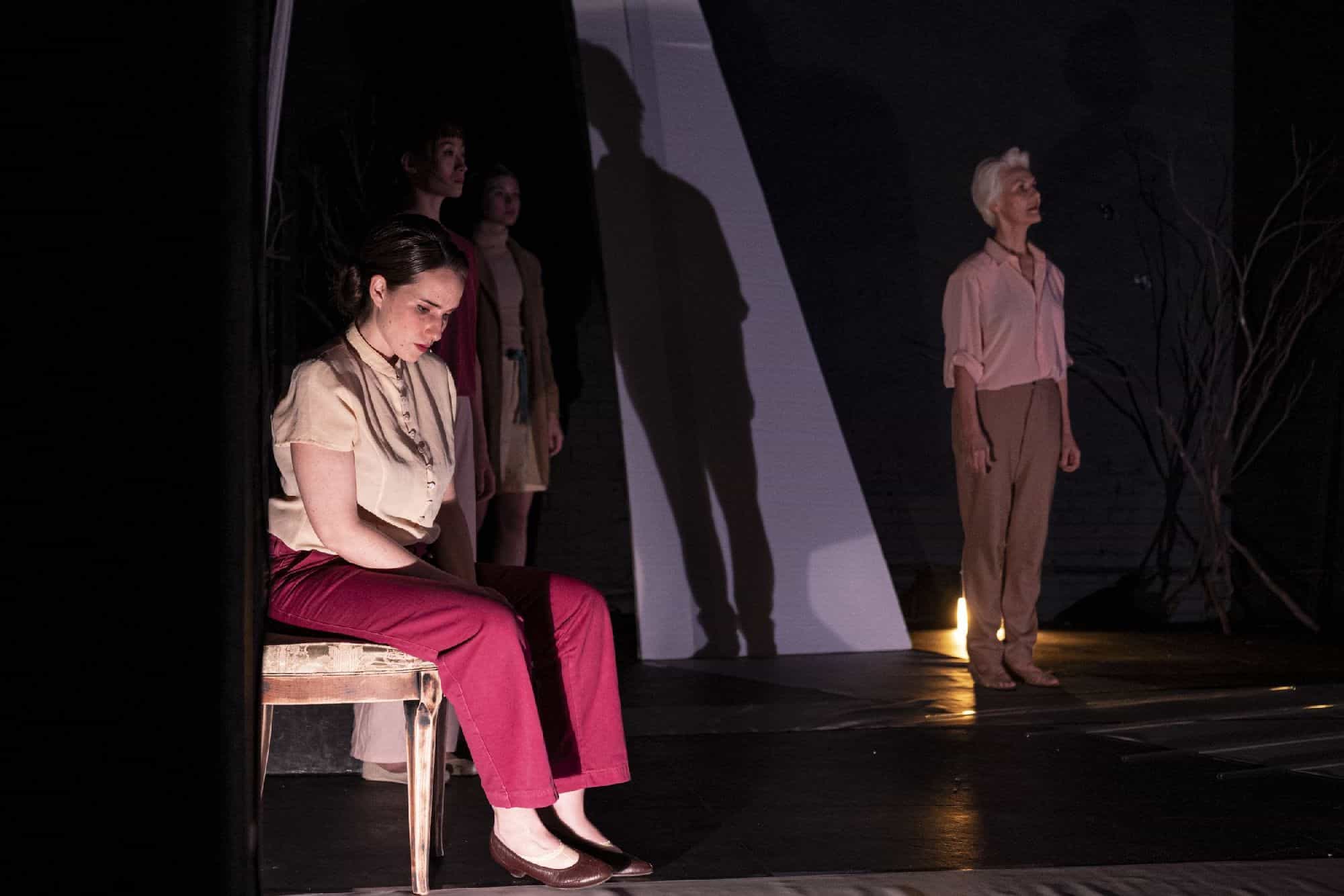 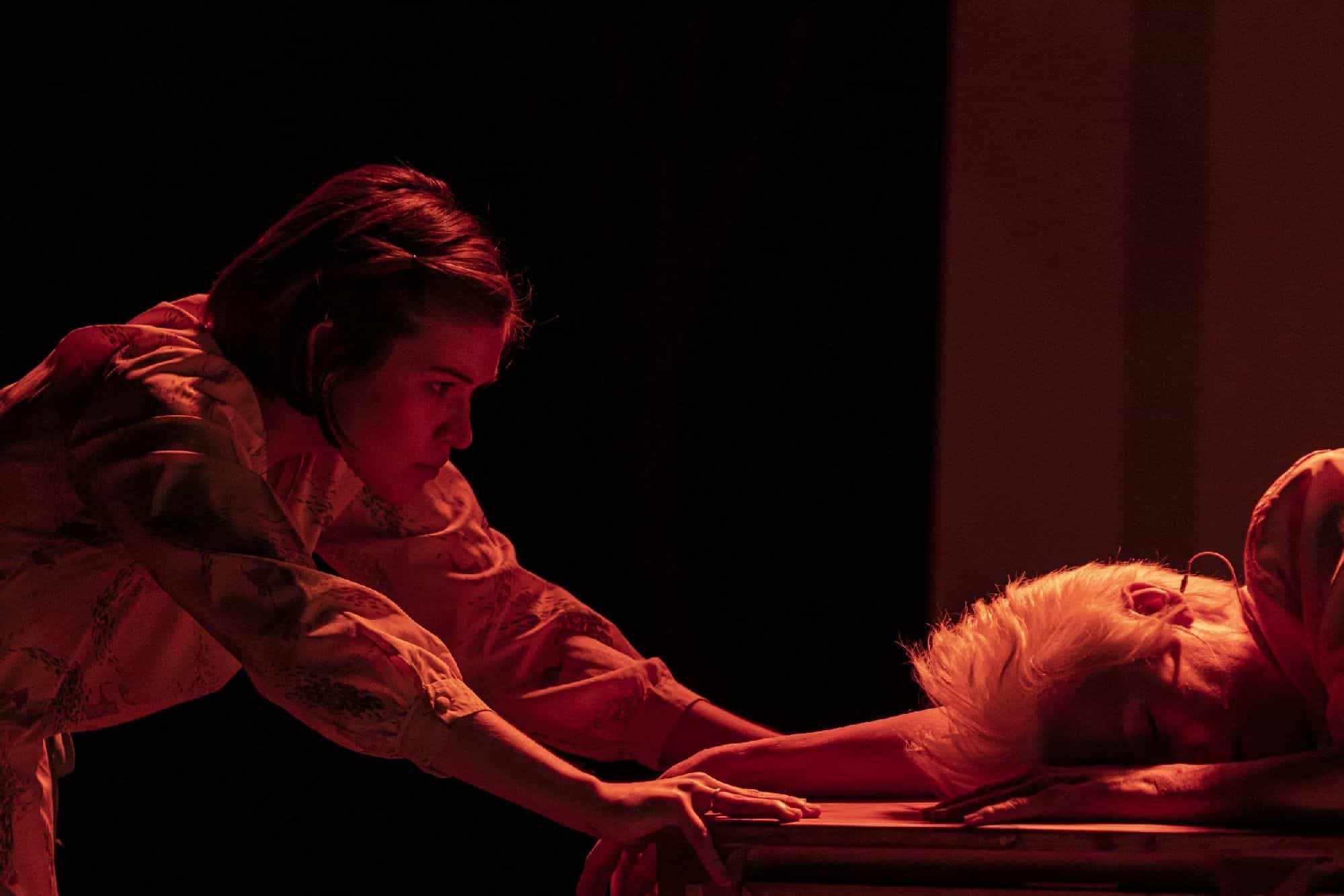 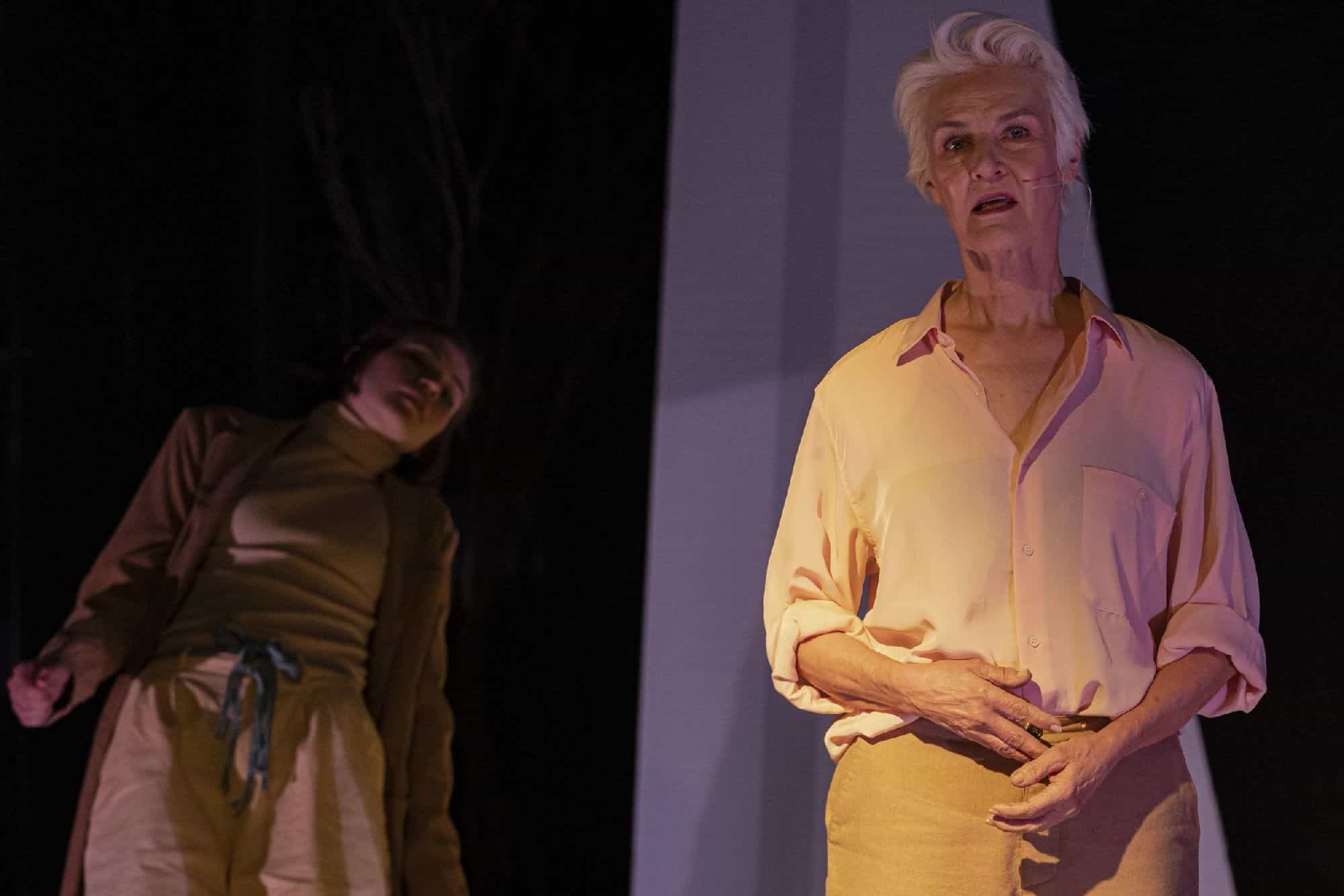 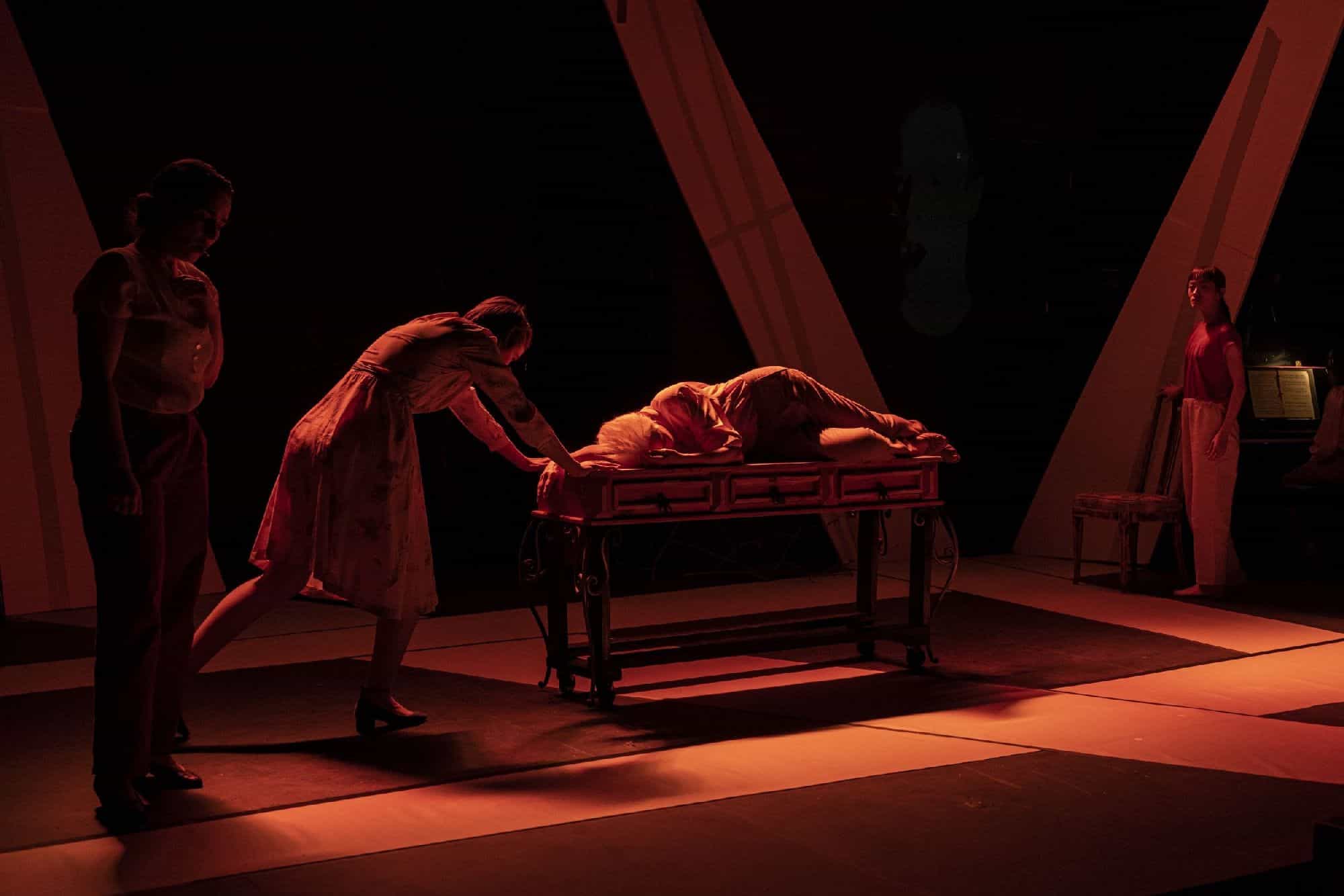 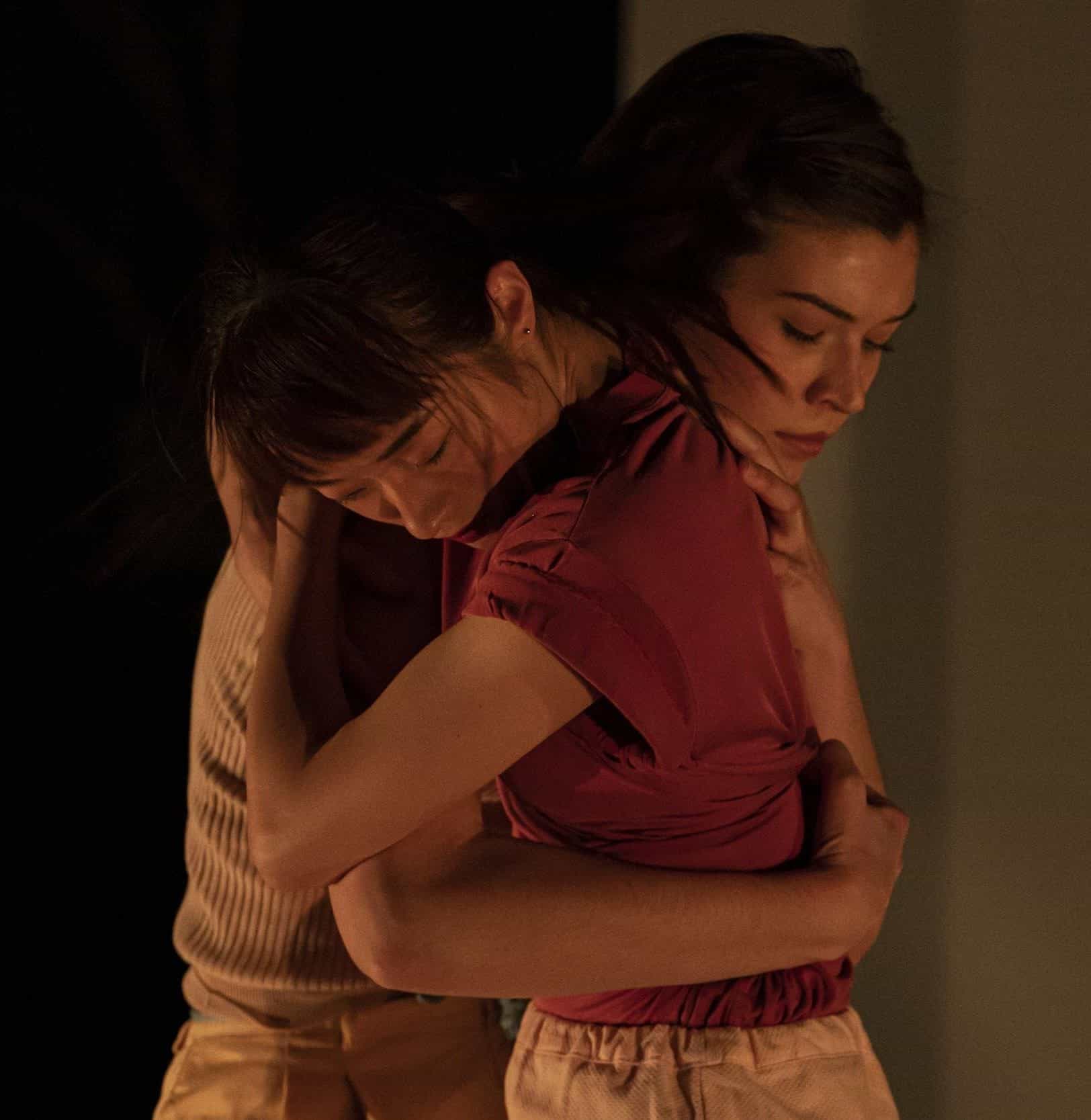 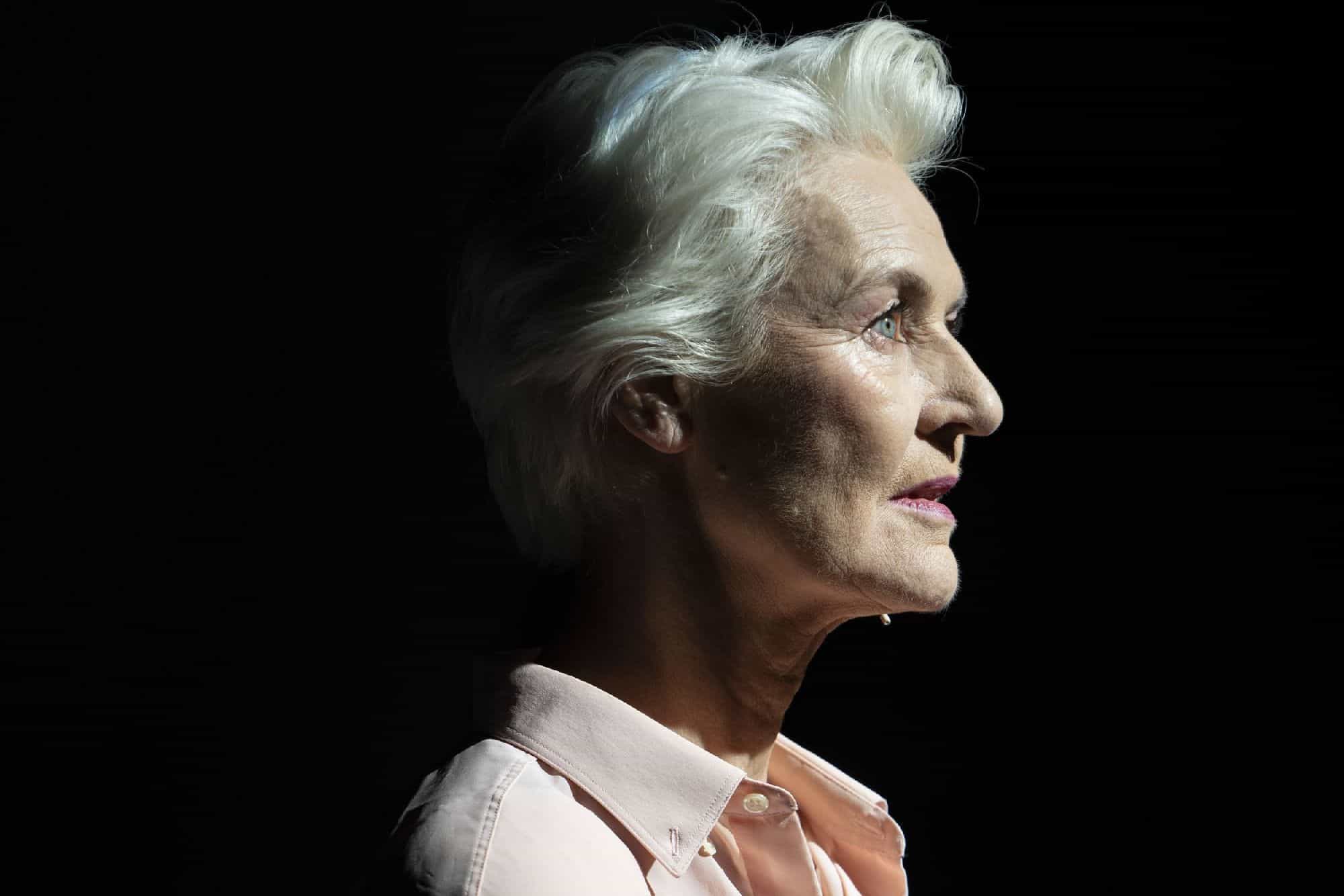 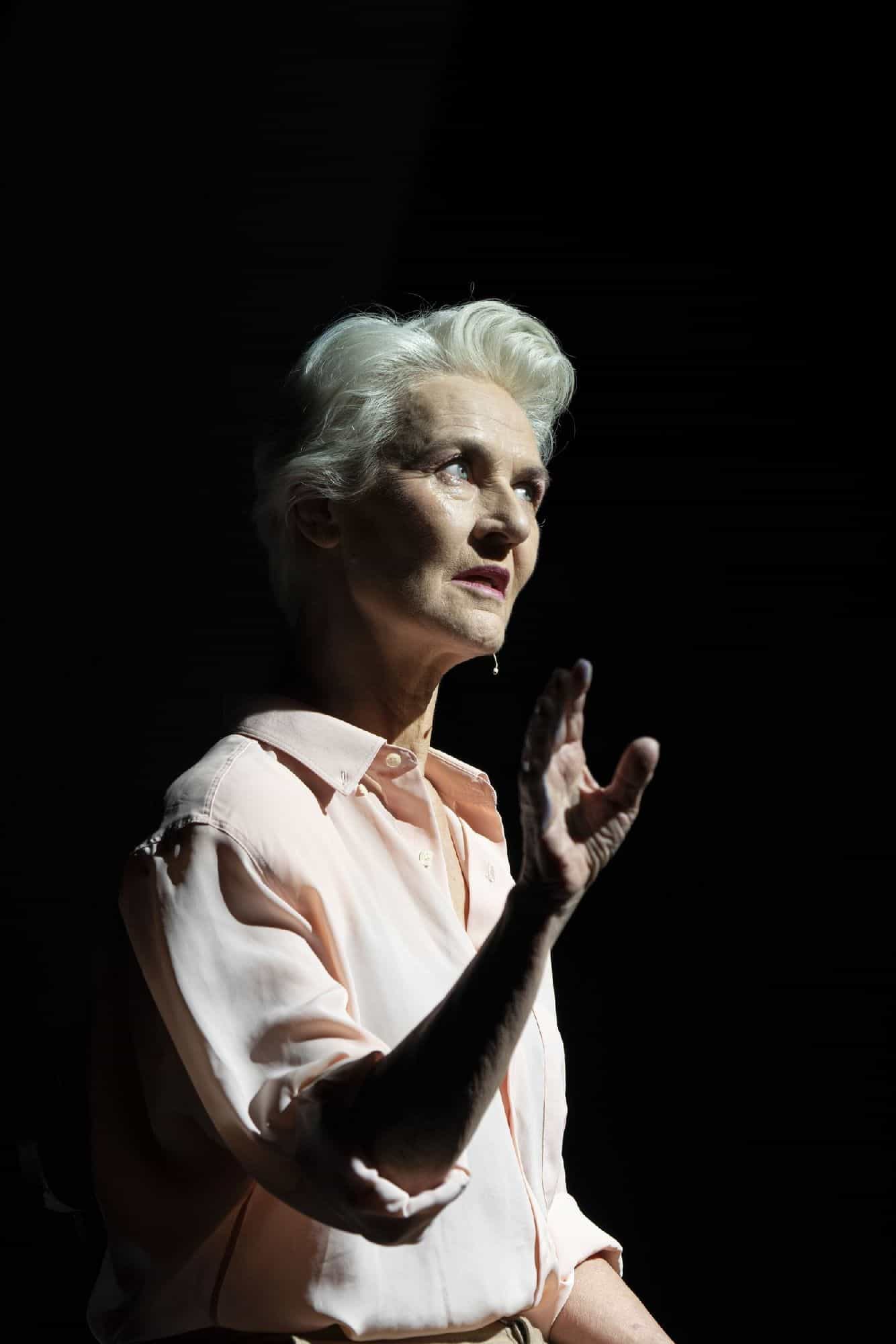 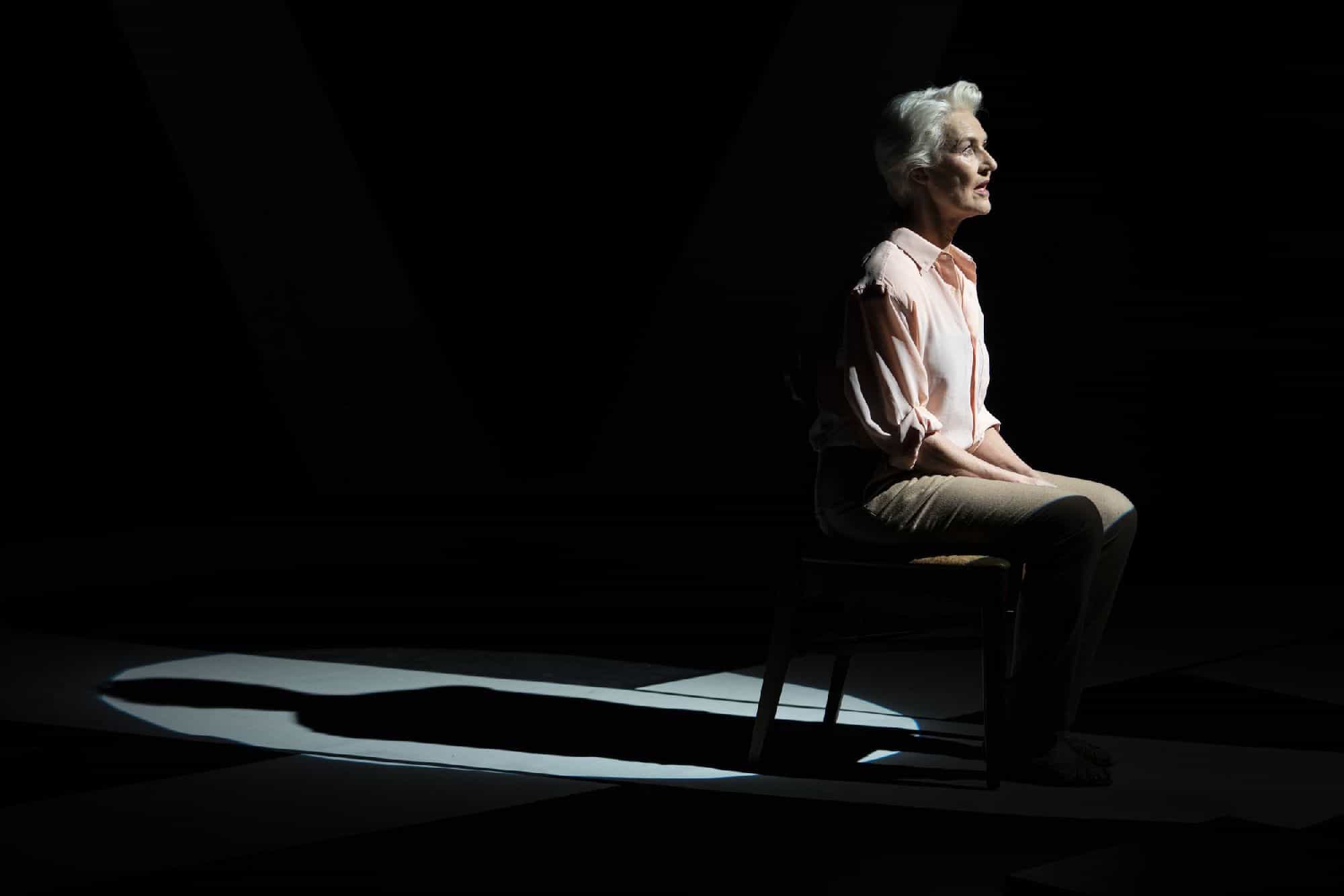 Two Road materialize the inner thoughts of Elle, scrutinizing the choices that she made throughout her life in an apocryphal attempt to write a letter to a future self, a reincarnation or a future generation. Elle’s character is constructed overlapping a conglomerated of performers that fluctuate in time & space. The narrative voice of Elle is performed by an actress (Jullie Bernd) who renders the story with words. Young Elle is performed by a dancer (Mary Taylor Hennings) acting as the visual representation if Elle in an already passed time. The rest of the layers of Elle's character are composed by and a dancer (Can Wang) who cluster all the friends and acquaintance of Elle, a soprano (Ariadne Greif) who translate Elle’s thoughts to music while illustrating her “Family side”, and a Baritone (Nathaniel Sullivan) who suggest an unexciting or passed away husband.

SCENE 01 - THE FLOW OF TIME: Time flows in one direction. An endless road that Elle walks, where there is no going back after every step she makes. As she walks, she leaves behind an infinite version of herself, with every choice she makes, a potential but non-existing reflection or herself vanishes on the road.

SCENE 2: THE ROOTS OF OUR CONSCIOUSNESS: Elle’s family has been responsible for her choices during her childhood, as she grew a thin line of consciousness emerges. At some point, she, as an individual separate from the family core to make her own choices. The way this line of consciousness emerges and fluctuates infiltrates in the deepest layers of her thoughts and her way of being. After overcoming this stage of growth, little by little, she realizes that it is in her hands to act in one way or another building a complete version of herself. Family becomes a piece of complex decision-making machinery, with the sole purpose of protecting us from our environment. How far can this protection go?

SCENE 3: CONSCIOUS DECISIONS: There are certain moments where Elle is fully aware that a single choice will completely change the course of her life. Decisions, that open to new territories, that opening and closing doors. She uses all the information that is available to her, analyzes it from all possible angles also listening to the intuitive signals that her body is giving, but especially looking in her heart. Elle scrutinizes Two Roads to take, one where she is in control of her choices and another one where she lets the circumstances choose for her.

SCENE 4 - INFLUENCES & MANIPULATIONS: Elle’s is surrounded by external factors that influence all her choices. Sometimes at a level where a deep control and manipulations are targeted towards her. This is an inevitable situation, but at what level can this is designed to control all aspects of society?

SCENE 5 - ETERNAL CICLE OF CHOICES - INTUITION: Elle’s intuition analyses a constant flow of options that pass in front of her again and again. These options, in some cases, come back to her in the future, in a cyclical way

SCENE 6 - ADDICTIONS & ROUTINES: No matter how much she tries, certain forces repel her from the freedom of choice and modify her behavior. They can be on the form of physical substances, protocols or algorithms that she is addicted to, or they can be just simple routines that once she is inside the loop it's very hard to stay away from it.

SCENE 7 - BALANCE: Looking back at her choices Elle, comprehend that she is the ones building her very fragile path, she carries out with her own life constantly behind herself. She can question her decisions, but there is no way to change that now, and she just hopes that her future self, her reincarnation or her next generation receive this letter and help her to help as guidance to find the balance between the Two Fragile Roads.