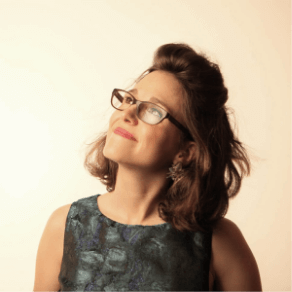 Josefina was born in Spain in a musical environment, her mother is a piano teacher, her brother a cellist, and all her family, especially her grandfather, classical music lovers. Her first formal teacher and great guidance was Eva Gigosos at the Palencia Conservatory.

Josefina received her undergraduate degree at the Salamanca Conservatory. In 2007, she was selected to continue her studies at the Aula de Música de Alcalá de Henares. During these years Ms. Urraca worked with her more influential teachers: Patrín García Barredo, Josep Colom, Claudio Martínez-Mehner, and Kennedy Moretti.

In 2008 Josefina expanded her education at the École Normale de Musique de Paris with Guigla Katsarava.

In 2014, Josefina Urraca received with the highest academic qualifications her Master's Degree from Manhattan School of Music under the supervision of Dr. Silverman.

Josefina has been a frequent performer at venues in Spain, Italy, Austria, France, Japan, England, Germany, and the US, as a soloist and as a chamber music player, including Carnegie Hall, Ryogoku Monten Hall in Tokyo, Auditorio Sony in Madrid, and Alfred Cortot Auditorio in París.